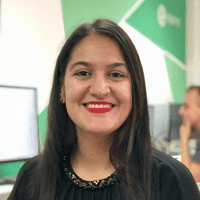 The pay as you go deal service is designed for customers who only want a cheap deal or plan for a few days that can offer them enough data to be active online and minutes and texts to stay in touch with family and friends.

What are the cheapest pay as you go deals UK?

It depends on what you are looking for in a pay as you go deal because there so many mobile network providers that offer a range of different pay as you deals.

Let's look at some of the best mobile network providers in the UK that offer cheap pay as you go deals.

For example, O2 is one of the main carriers in the UK and is known for a lot of their great SIM only plans but they also have some really cheap O2 pay as you go deals.

Other amazing carriers such as EE and Three have really good pay as you go deals and depends on how you look at it can be really cheap for you.

With EE they have a lot of great services such as EE SIM only deals and including the EE pay as you go deals.

A lot of the EE pay as you go deals are designed to give EE customers the ability to have enough data to browse on social media, stream videos and stream music.

With theroams.co.uk you can find a lot more mobile network providers with amazing and cheap pay as you go deals like O2, EE and Three.

By using the roams mobile deals characteristics tools which allows you to filter how much data and minutes you want it will give you the best pay as you go deals with the filters you've chosen.

Does pay as you go sim offer 5G

5G is the best data technology is the best internet service, it is a lot faster than 4G and customers who have already experience 5G will know how fast the signal is and video buffering is now in the past.

Vodafone is a great example, Vodafone offers a pay as you go deal that is 5G ready which is a great deal for everyone.

30-day contracts vs Pay as you go deals

For example, 30-day contracts allows you to have a plan where you have the option of pausing, changing and even cancelling at anytime. Therefore customers can choose a plan and if they don't like it they can change it because you aren't tied to a monthly contract.

So you can see how it is similar to pay as you go deals and if 30-day contracts apply to you a lot more than maybe this it is a better option.

However, the difference that pay as you go deals have is that you can get a plan for only a number of days instead of having to pay for a plan that lasts for 30 days.

So, both 30-day plans and pay as you go deals are similar in some ways but it just depends on what plan or deals suits you the best.

Which wireless router is the best in 2021?

We compare the wireless routers offered by networks in 2021 and see which is the best. BT, Virgin Media, TalkTalk and Sky Q are included and are judged by features offered, speeds, and performance. Virgin comes out trumps for being an all-rounder in all of the areas

Wifi calling and how it works is described in details, along with a list of all network providers that have wifi calling capability, and which devices may be compatible. External links to the mobile providers’ websites are included.

What happens to roaming after BREXIT?

Roaming charges may be implemented on the discretion of mobile networks in the UK and the EU. Legislation has been passed to cap charges and prevent customers from crazy roaming bills when they are abroad. Overall, it seems like not much will change.

Definition of a PUK code and how it works, how you can find your PUK code according to the network you are with and how to unlock your mobile. There is a link to another article on unlocking mobiles by ROAMS.

How to cancel a mobile contract

Cancelling a mobile contract depends on your network, situation and what the complaint is. We detail how to cancel with the major providers and what the process is for filing a complaint with Ofcom or Resolver. Customers are encouraged to read into their rights and see what applies to their situation.